The descendants of the lynchers and the victim met in 2020. Click the link below for the article, “KY families connected by a lynching meet 120 years later.”

George Thomas Carter was an African American man born in Kentucky in May 1878. His parents were likely Thomas and Catherine Carter, who are listed in the 1880 Census, living in Ruddels Mills, Bourbon County, Kentucky. In 1898, he married Mary L. Carter and they had a daughter named Lilly M Carter. When the 1900 census was taken, George Carter, his wife, and daughter were living in Ruddels Mills in the house of his mother-in-law, Mary Thompson.

On the evening of February 4, 1901, George Carter was arrested for attempted assault on his sister-in-law, Bessie Smoot. Soon after his arrest, the rumor began to spread that he may be the same man who assaulted Lake Board, the wife of Banker William E. Board about two months earlier. Mrs. Board had been walking down a street with her 8-year-old son when a man seized her from behind and knocked her down four times in the semi-darkness. Two months later, when Mrs. Board obtained a photograph of George Carter, she asserted that this was the same man.

It is important to note that the Lexington Daily Leader described George Carter using the stereotypical and racist language of the time. Characterizing Carter as having a “villainous, lecherous face, with protruding eyeballs and unusually thick lips,” the Daily Leader made a false equivocation between Carter’s physical features and evidence of his guilt. Negative and racist depictions had the effect of prejudicing the readership about Carter’s case and rationalizing racial violence and segregation.

At about 1 am on Monday, February 11, 1901, an armed mob of twenty-five to fifty people assembled and proceeded to the Bourbon County jail, where Carter was being held. The mob broke into the jail, secured the keys, and took Carter to the Court House. There, he was hanged twice–once from a tree and, after the rope broke, again from an iron arch over the Court House gate. Throughout this incident, several newspapers claim the mob was completely silent, “without hardly a word being spoken above a whisper.”

In the day following his lynching, a jury determined that Carter “came to death by hanging at the hands of parties unknown.” No witnesses claimed to recognize any members of the mob and no arrests were made. 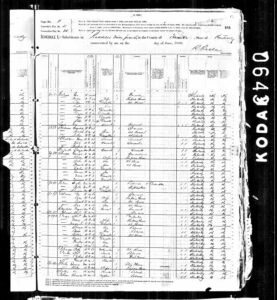 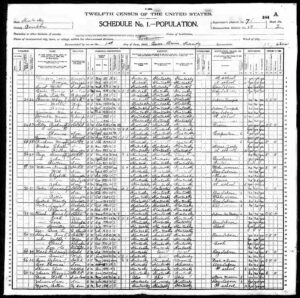 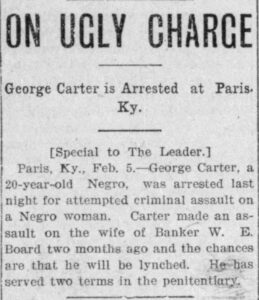 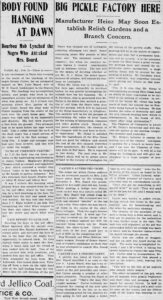