Joe Bumpus was a Black man born in September of 1869 in Tennessee. He eventually moved to Kentucky, and married a woman named Addie in 1898. She had a daughter named Henrietta who was born before they married, but Bumpus claimed her as his stepdaughter in the 1900 Census. At that time, his stepbrother Turner Yarber was also living with the family in a rented home in the white farming area of Hickman, Fulton County, Kentucky. Joe could not read or write, but he worked as a farm laborer.

Some time around August 19-21, 1904, Bumpus was accused of assaulting Topsy Clay, a young white girl whose well-known farming father had recently died. Bumpus was jailed, and remained there for about a week before a mob of men stormed his cell around 1:00 AM on August 30th. They took Bumpus from his cell, tied his hands and feet, then secured a rope and stone around his neck and drowned him in the Mississippi. His body was found on September 1st in the river. He was 34 years old when he was killed. 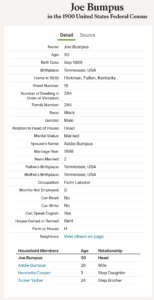 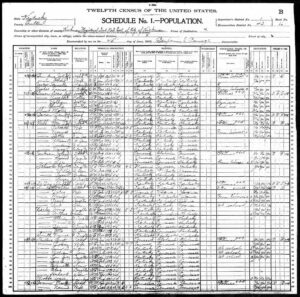 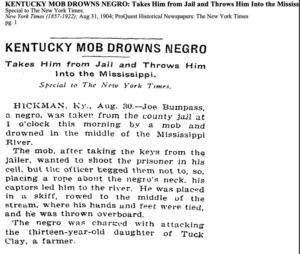 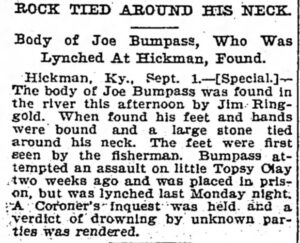