There is little extent biographical information on Jackson Williams. The name “Jack Williams” and “Jackson Williams” were common, with over 40 distinct Jack Williams recorded in the census during the late 1800s.  Yet, data from contemporary accounts found that that Jackson Williams was a white man who had two brothers, Thomas and an unnamed brother. The newspaper articles referred to Jackson as “Jack” Williams.

The same account of the crime Williams allegedly committed was reprinted in over 100 newspapers across the United States.  In this account, in late July 1897 Viney Bays, a young, white, deaf and mute woman, was allegedly sexually assaulted in Barbourville, Kentucky. Jack and Tom Williams were implicated in the assault. Both men fled into the mountain area.  A lynch mob quickly.  The mob found Jack Williams and killed him on August 5, 1897. 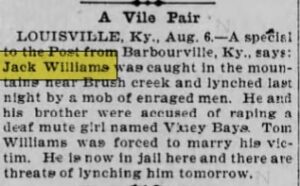 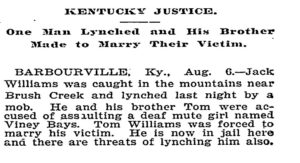 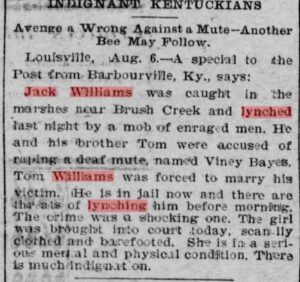 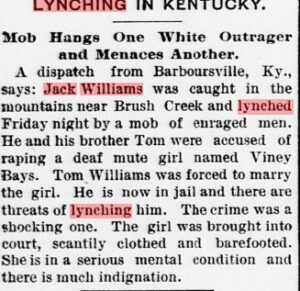 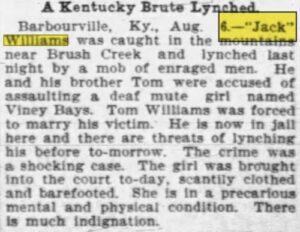