The Walker family was a family of 7-8 people who resided on a farm in Hickman, Kentucky during the late nineteenth and early twentieth century. The members of the family included David Walker, born in Tennessee in 1870, his wife Annie Walker, born in Tennessee in 1871, and their five to six children with ages ranging from their mid-twenties to infancy at the time of their death in 1908.

Local news sources described the Walker family as successful, owning twenty-one and a half acres of farmland they had purchased following David and Annie’s marriage and move to Kentucky in 1890. The land had been purchased from the West Tennessee Land Company, which had recently bought up the previously public lands surrounding Reelfoot Lake. Reelfoot Lake had been used by locals for fishing and farming, and the acquisition and sale of the land angered many of the locals of Hickman.

In September of 1908, David Walker had been accused of slander against Flora Long, a white woman residing in Hickman. Walker was found not guilty of the crime. However, this angered the local night-riders to the point of action, leading to the death of Walker and his family.

Following David Walker’s trial regarding slander, on midnight October 3, 1908, night-riders approached the Walker cabin and used coal oil to set fire to the house. Walker and several of his children ran outside, allegedly begging for their mercy. The mob opened fire on the family as they ran from the cabin, killing David Walker, Annie Walker, and the children. The remaining son of the Walker family did not leave the house, and is believed to have died in the fire, though there is no evidence that his body was found, or that he escaped the scene.

Following the murder of the Walker Family, the Governor of Kentucky released a statement offering five-hundred dollar reward for the apprehension of anyone involved in the murder. The governor stated that the night-rider situation in Kentucky was out of control. Many news outlets blamed David Walker, claiming that he was an “uppity Negro” and that he slandered a white woman. Few if any of the Walker family murderers were brought in, and the Walker family murder went unpunished. 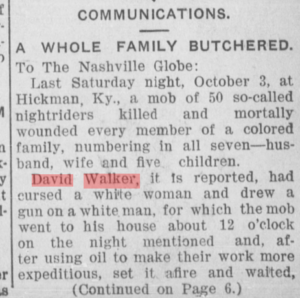 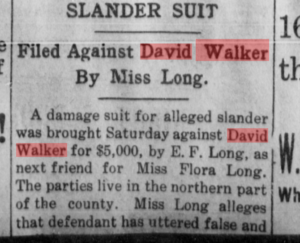 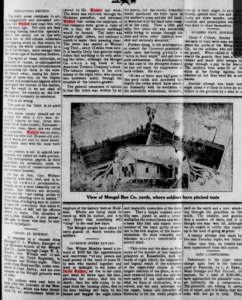 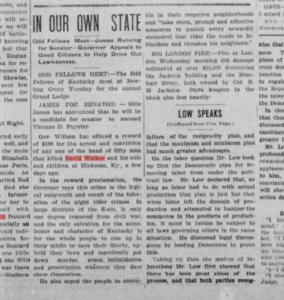